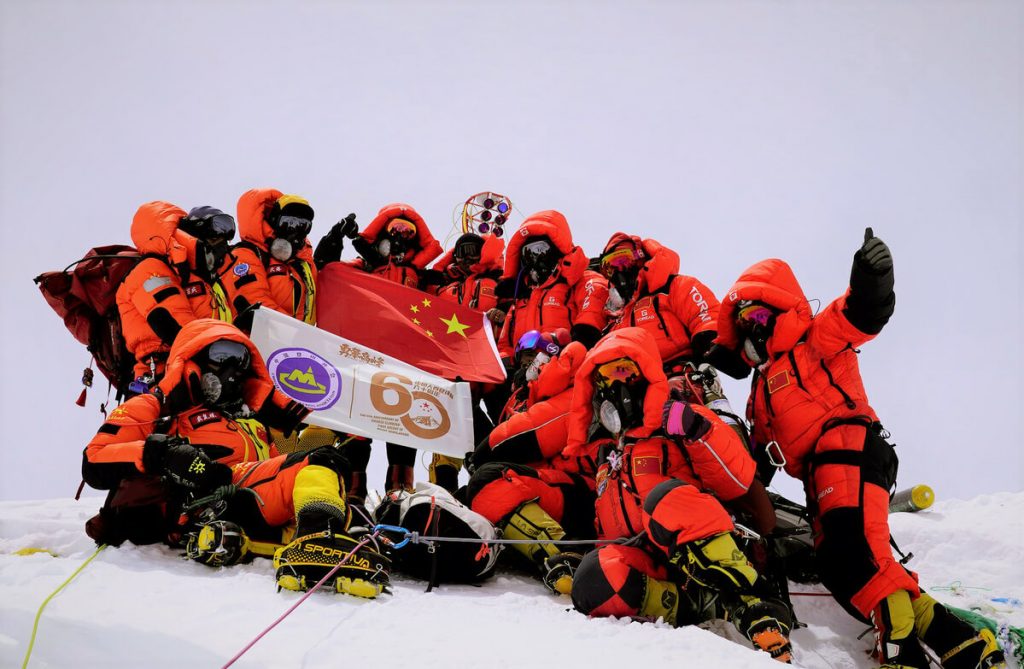 A Chinese surveying team reached the summit of Mount Qomolangma on May 27 to conduct a series of surveys on the pinnacle of the planet.

The event marked a crucial step in China’s mission to remeasure the height of the world’s highest peak, which scientists believe will enhance human knowledge of nature and help boost scientific development.

Maybe you will ask, if we could ski down Mount Everest? It is very difficult but someone did it.

That is Davo Karnicar. He is the first person successfully to ski down Mount Everest. There was not a more accomplished ski mountaineer on earth.

Everest marked his pinnacle but also took its toll. During his first attempt, from the north side in 1996—which he aborted at 8,300 meters when the deadly storm chronicled in Into Thin Air blew in—Karničar lost two fingers to frostbite. In 2000, he slid 25 vertical feet down the snow-covered Hillary Step before narrowly arresting his speed.

Although we can’t ski on Everest, we can ski in a safe area. So what are the top skiing toys recommended? Let’s go!

This Descender inflatable snow tube is for the serious sledder who wants the exhilaration of a whole new level of fresh-air fun.

It’s designed to be fun, fast and safe. This tube’s directional guidance system’s 2 molded runners and 4 foam-filled nylon handles allow your favorite youngster to steer down the gnarliest slopes, while stabilizer wings help keep him or her on board.

Comfier than a rigid plastic sledge but speedier than a bin liner, these inflatable snow tubes are great fun for all ages.

Made from cold-resistant PVC vinyl, they’re tough enough to take on the white stuff and come in two cheeky shapes. Choose either the polar bear or penguin.

Fun meets functional! awesome designs with cold weather treated material that is 100% thicker than the competition

Built to be used by adults and Children

Always use with Adult supervision on a designated sledding hill.

The classic round snow tube is now three times the fun, so get ready to cause some MAYHEM on the hills. The heavy-duty PVC construction of the inflatable has electronically welded seams and special Cold-Crack Additive to protect the tube and ensure a long lifespan. Grab on to the handles and glide down your favorite sledding hills!